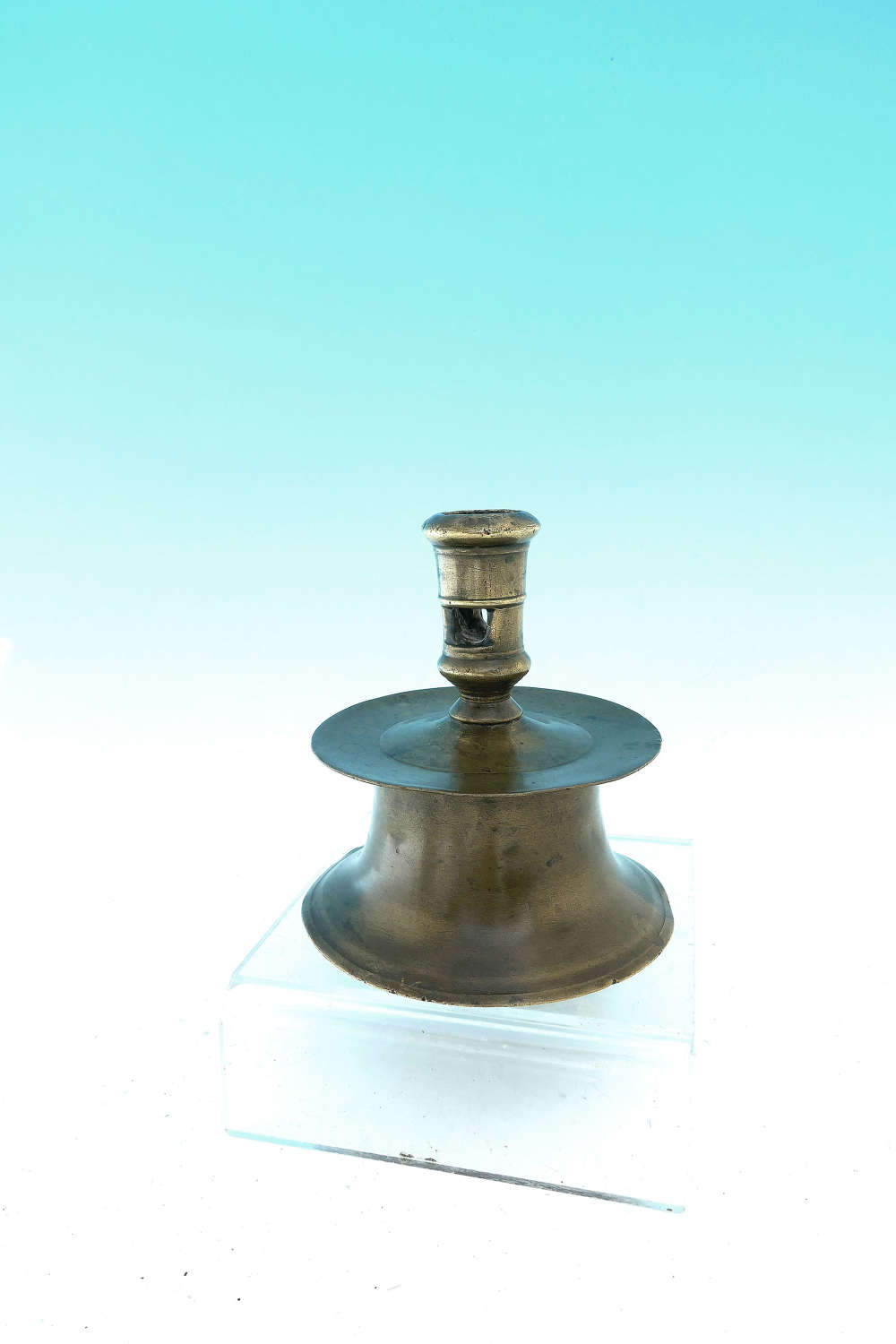 A fine example of an early brass candlestick from the middle to late 16thc , known as a Capstan....it is in perfect condition, moulded in two parts and joined by "peening" over the top to the base.  The short socket has a bulbous moulded rim at the top, above a wide open aperture used for ejecting the candle....below this is a lower knop....it has a wide slightly raised drip tray above an even wider bell shaped base....I particulary like the underneath where you can still see the red sealing wax, where a former owner has melted the wax in the upturned base, obviously he must have had many letters and documents to stamp...! 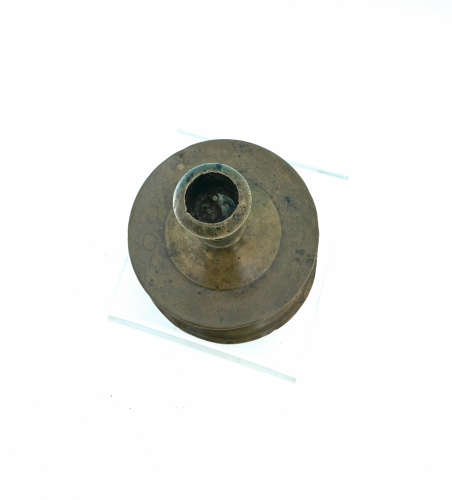 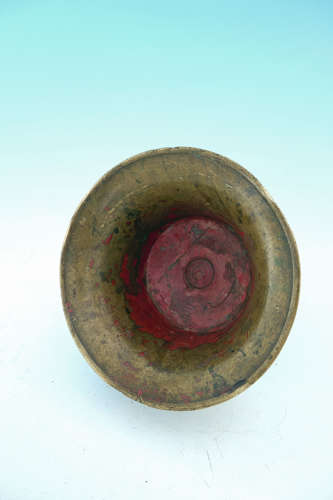 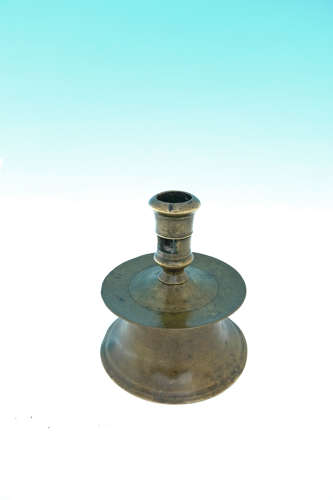