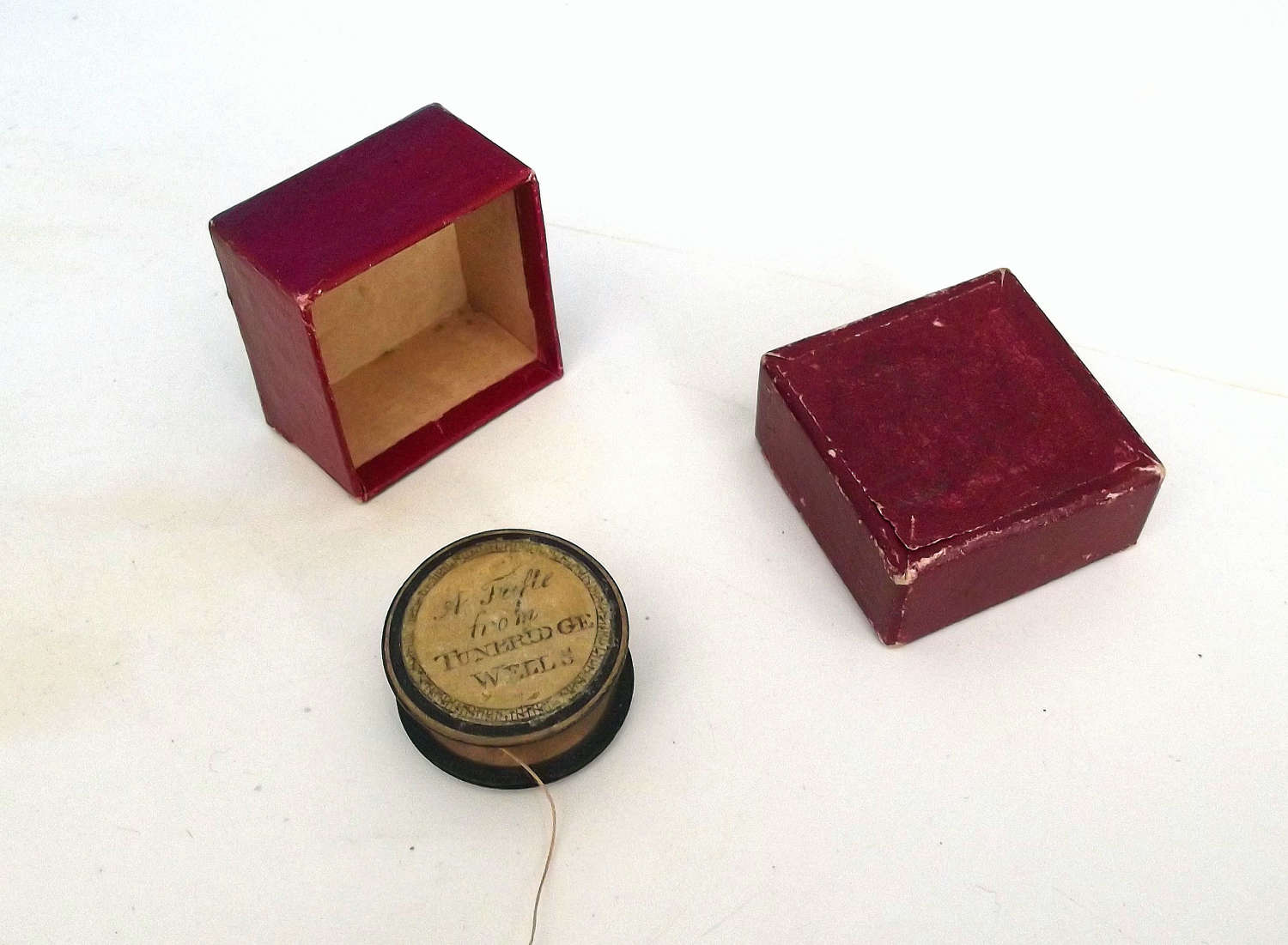 18thc Georgian Bobbin Reel in its original cardboard box....the reel has written on one side " A TRIFLE FROM TUNBRIDGE WELLS" and on the other side is written " PARADE " showing a picture of the "parade" part of Tunbridge Wells which was called the "PANTILES" until they removed them in 1793 when it became known as the parade....in very good condition and a surprising survival with the box..! 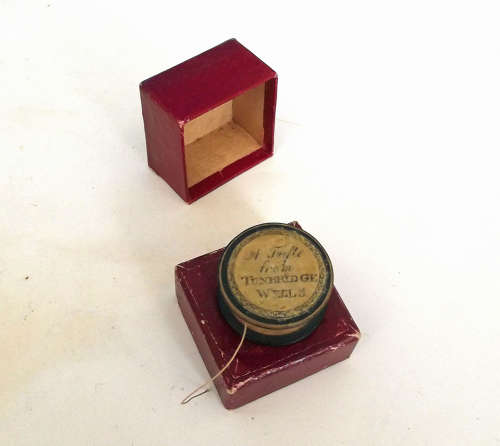 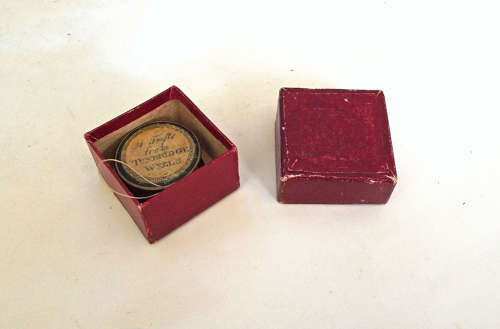 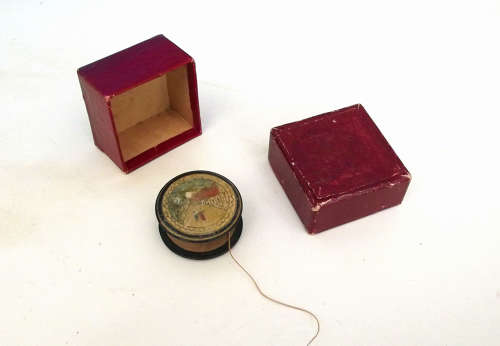