A nicely decorated example of a Knitting Sheath...this type are called "gull wing" and are typical of the lake district areas of England.....it is made of fruitwood and decorated with a floral decoration.....(Knitting Sheaths were used to hold the "third" needle which is used in some forms of knitting and it is placed into the end of the sheath, which is then placed under the arm .) 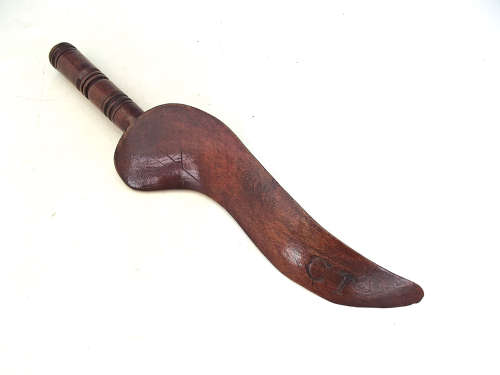 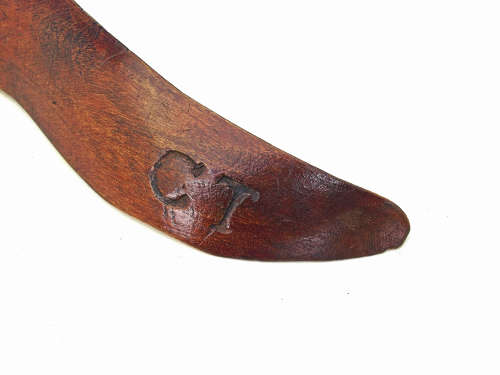 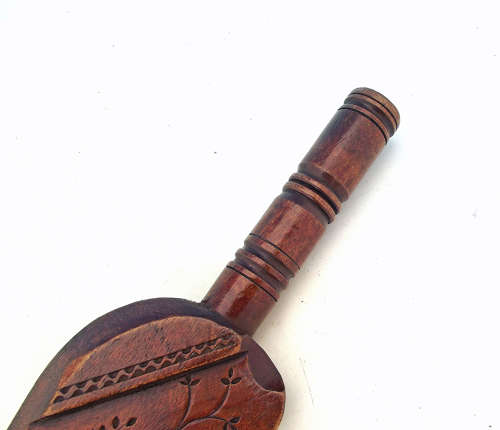