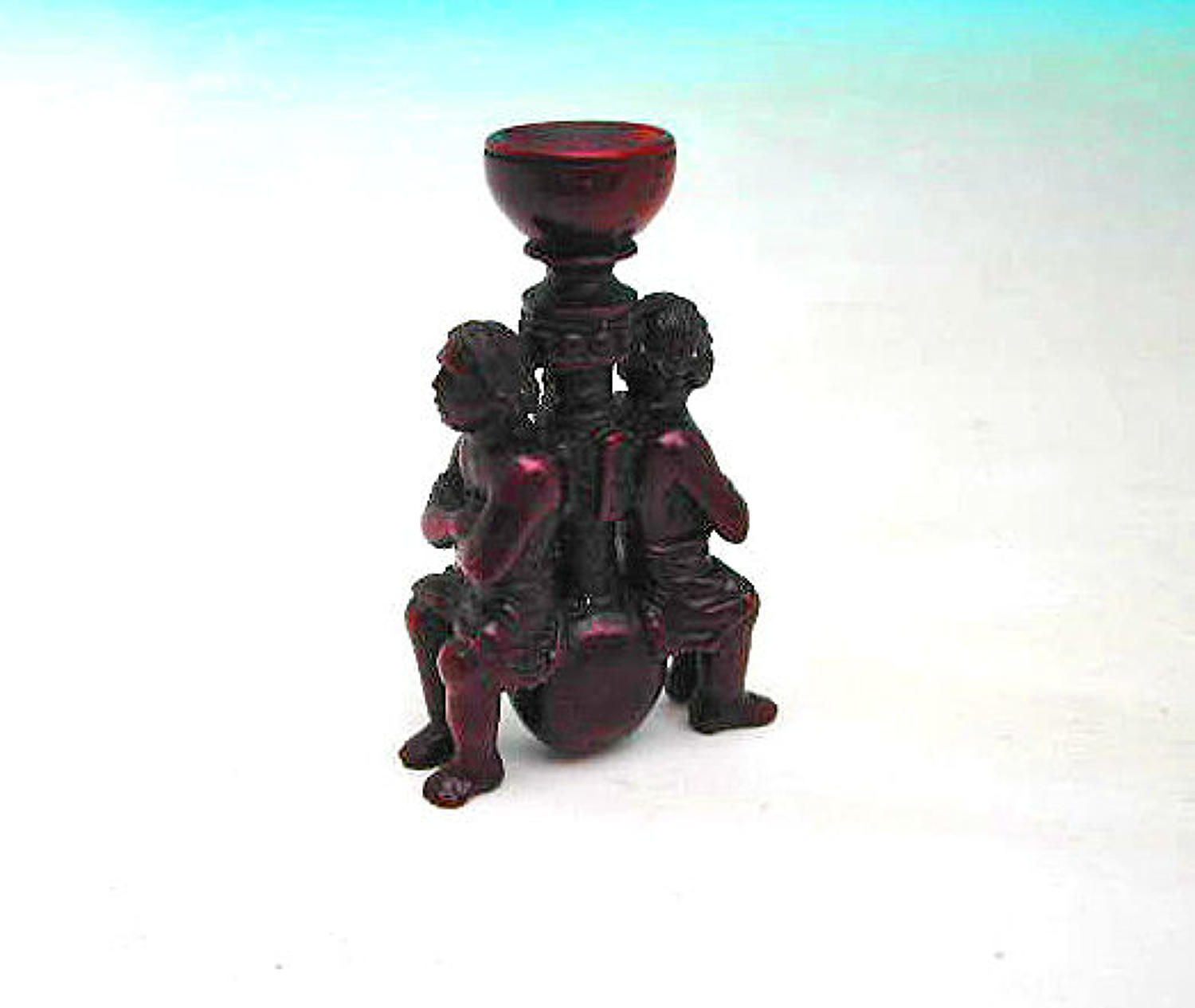 A rare late 17thc early 18thc pipe tamper, carved out of a Coquilla Nut, it shows two beautifully carved cherubs sitting back to back .... the tamper is slightly dished and raised above them....it unscrews to reveal a void where a "pricker" would have been kept......this tamper is one of the earliest and best I have managed to purchase..!. 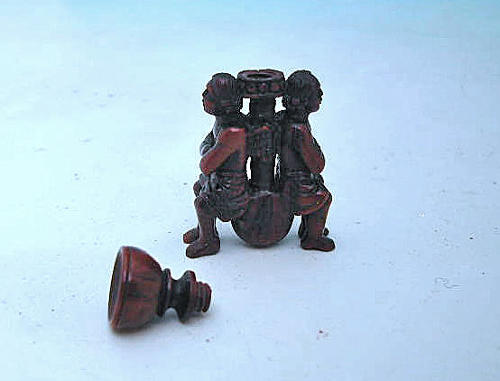 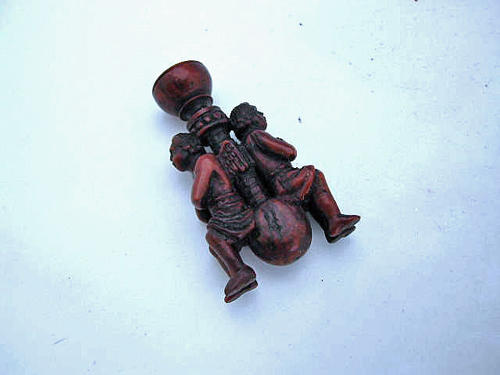 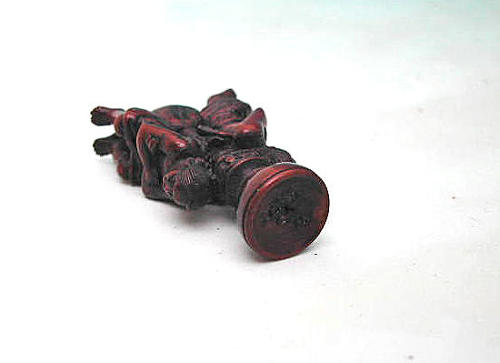